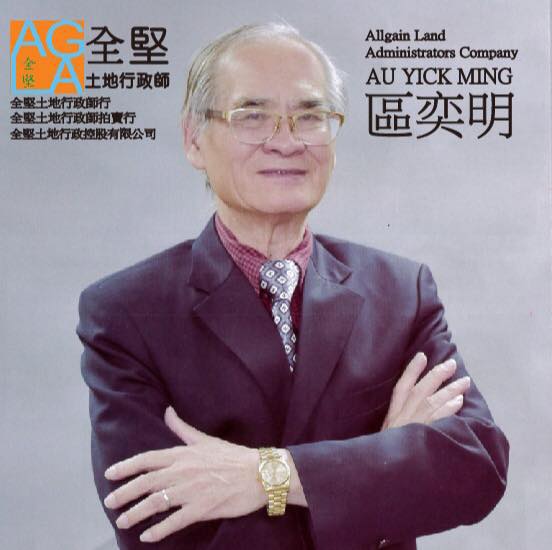 Allgain Land Administrators Company was established on November 16, 2010. It is a private company wholly owned and managed by Mr. Au Yik M ing. Mr. Au was hired by the Hong Kong Government in 1976 at the then New Territories Administration as a Lands Executive . Five years later he was promoted to senior land executive and left the government in 1988 to start his own business. In the same y ear , he founded Franklin’s Company. The business scope focuses on consulting work, agency work and project management for agricultura l l and in the New Territories. By 2010, Mr. Au founded Allgain Land Administrators agency, as a cessation of Franklin’s Co, providing professional land administration services to the market with in depth knowledge about land in Hong Kong. Mr. Au’s knowledge and experience in land administration are mostly derived from 44 years of land administration experience, of which 13 years have dealt with land adm ini stration issues in the New Territories from a government perspective, and the remaining 31 years have provided land administration servic es to clients from a market perspective. He has been in the industry for 44 years and handled more than 5,000 cases.
The main scope of services of Allgain Land Administrator Co has grown from originally three to eight now: